Appaloosa Horse is a breed of horse originating in North America that cannot fail to catch the eye with its typical patchy coat.

The first tests of the Appaloosa Horse, the “horse with spots”, are lost in the mists of time.

In fact, the cave paintings are found in Lescaux and Peche Merle in France, dating back to 18,000 BC. but painted horses are thought to be more a representation of dreams and visions than horses actually used by primitives. 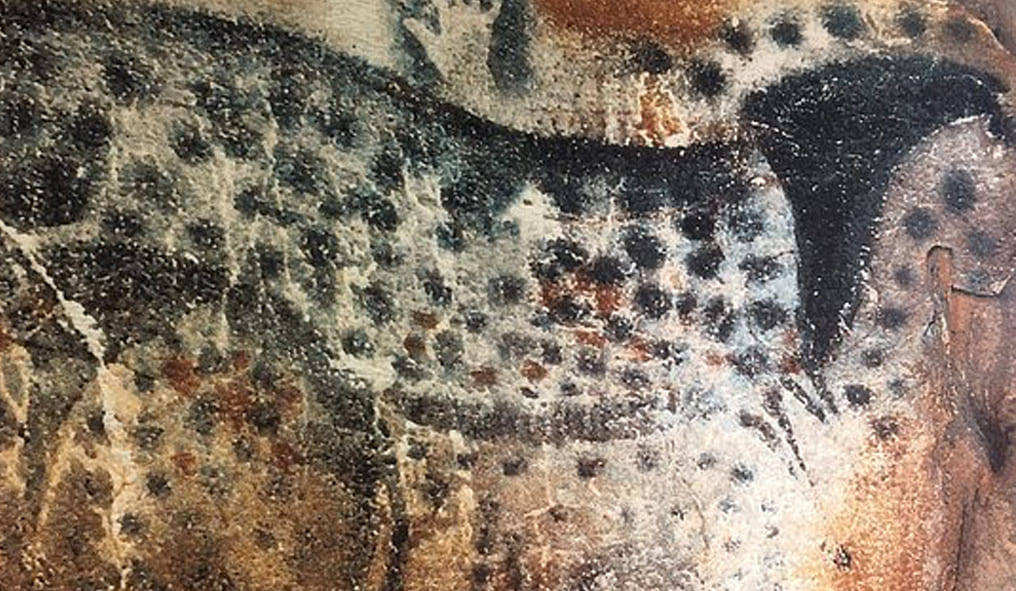 The typical spotted coat gave the Appaloosa Horse many names: from the mystical celestial horse in China, to the Knabstrupper in Denmark, to the tiger in France, but the true birth of today’s Appaloosa Horse, a name born in the late 1800s, to name the horse stained in the Palouse region, it is due exclusively and exclusively to the Tribe of Nez Percé.

At the time the Appaloosa Horse …

At the time, the Appaloosa Horse was called “a palouse horse” until, over the years, the “A” joined the name of the river to become Apalousey first and then Appaloosa.

Most likely the word Palouse derives from the Sehaptin language, pronounced by Nez Percé and by the Palouse Indians and means, more or less, “something thrown into the water”, in reference to the large rock present at the confluence of the Snake and Palouse river where the main ones were built Palouse and Palus villages. 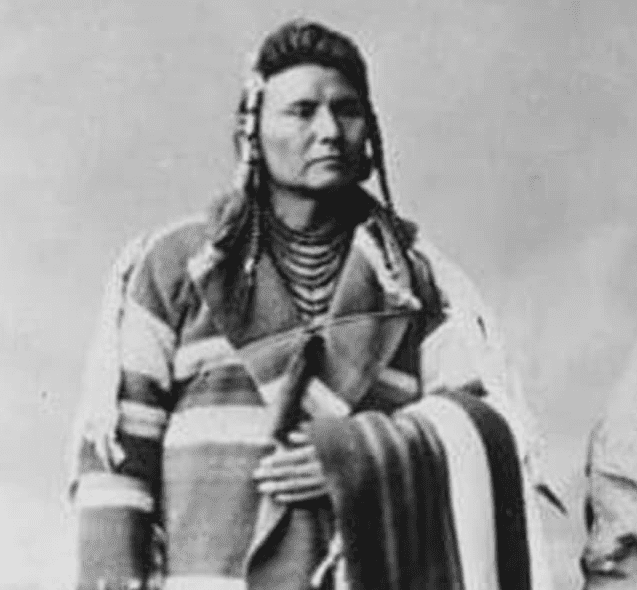 Leader of the Nez Perce tribe in a old photo

The arrival of the Appaloosa …

The arrival of Appaloosa in North America dates back to the 16th century thanks to the Spaniards, who settled north of the Rio Grande valley and used them for breeding, travel and entertainment.

At the beginning of the 1700s, Nez Percé purchased horses from the Shoshones, in southern Idaho, at that time the most important horse traders.

The territory occupied by the Nez Percé was more suitable for breeding, as well as more protected from enemy attacks. 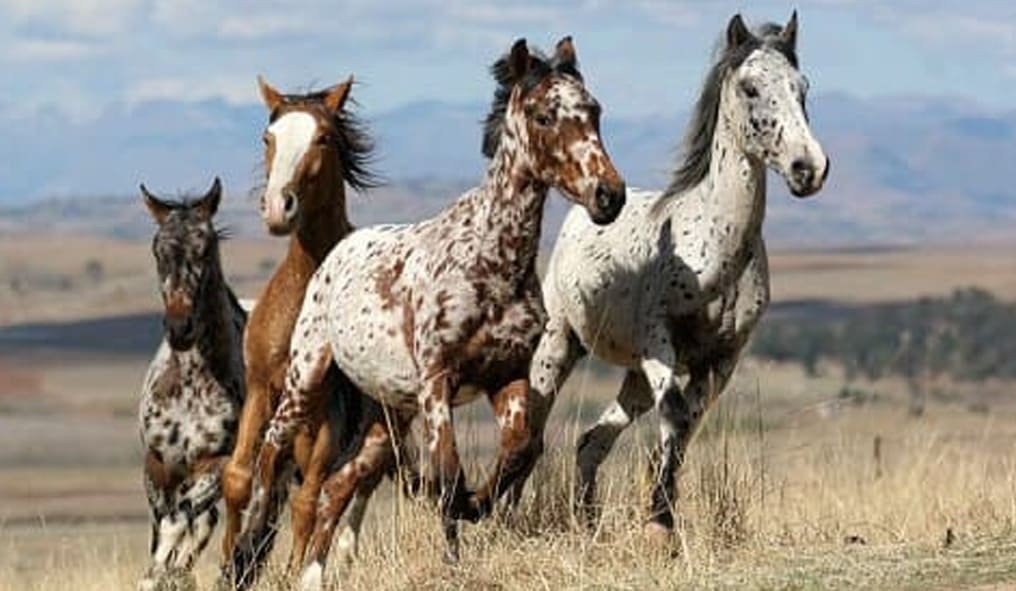 So, in a short time, the herd increased in number and value, also thanks to the selection practiced by this Tribe compared to the others that had set itself and the crossing between the faster and more athletic females and stallions.

Very, very difficult years followed for all Indian tribes, in particular for Nez Percé, which began in 1836 when the first missionaries arrived to spread the Catholic religion among the Indians, trying to make them abandon horse racing, buffalo hunting. . and the struggles with the Black Feet to bring them back to the ancient habits of crop collection and livestock management and continued with the conflicts between settlers and Indians. 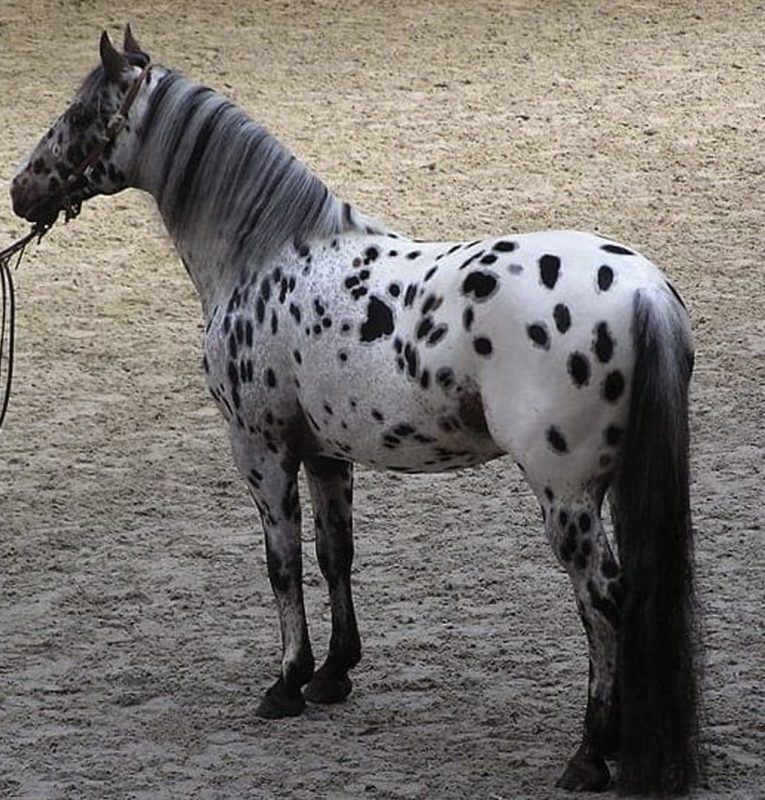 These conflicts had a worrying crescendo that forced the United States government, in 1863, to reduce Indian territory by 90%.

Other events followed and the surviving Indians were sent to North Dakota and, among the approximately 1,000 horses that survived the escape, some were stolen by them for resale to cattle farmers, others fled to the grasslands and, therefore, traces of these were lost . splendid and proud horses until 1937.

In that year, in January, Francis Haines published the first of many articles on the Appaloosa Horse in the Western Horseman magazine, capturing the attention of many owners of this breed who favored the founding of the 1938 Appaloosa Horse Club.

Today the ApHC is the Appalooa International Horse Register with over 635,000 registered horses and 33,000 members. 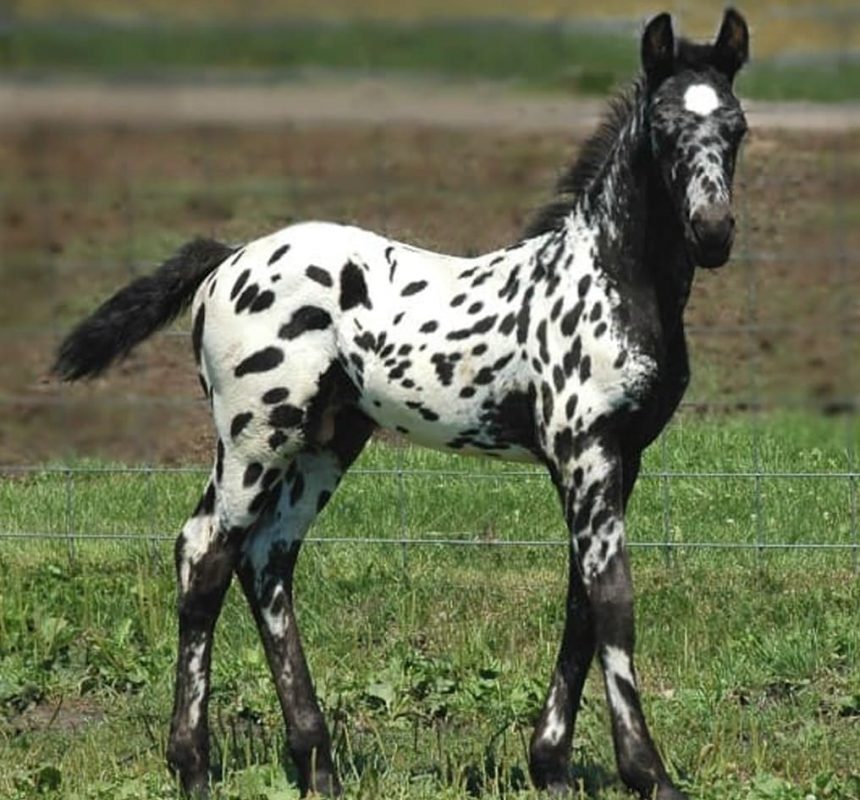 The history of the Appaloosa Horse…

The history of the Appaloosa Horse is inextricably linked to Nez Percé, to their culture and genetic intelligence and we must thank this Tribe for creating these wonderful horses that now keep us company on walks.

In the blood of the Appaloosa Horse…

The fury of wars and the fire of racing still flow in the blood of the Appaloosa Horse, but it is a sincere and excellent companion for pleasant horseback riding surrounded by nature.

The Appaloosa Horse is suitable for almost all equestrian disciplines, including running, show jumping, dressage, reining and endurance.

Outside the competitive world, the Appaloosa Horse is excellent for working on ranches, for walks and lessons. 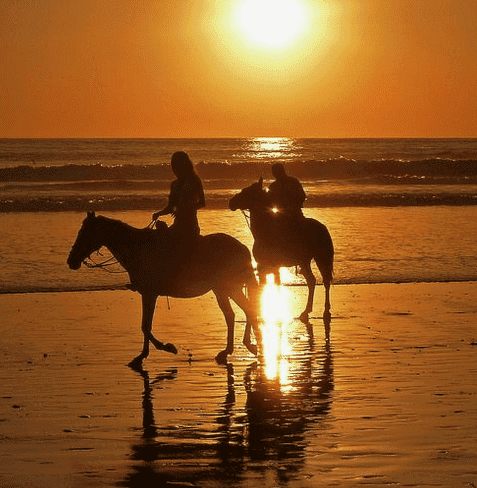 The cloack of the Appaloosa Horse

The most obvious characteristic of Appaloosa Horses is the spotted cloack, but the breed standard also provides for different forms of pigments.

There are five types of cloaks

Leopard: the basic color is white and the black or brown spots are scattered all over the body.

Spotted or white blanket: the base color can be any but on the rump there is a white “blanket” that can extend beyond the withers and present black or brown spots.

Snowflake: the basic color is dark but there are white “splashes” on the whole body and in particular on the quarters and / or sides.

Frost: the basic color is white with dark “splashes” more or less uniform on the whole body.

Marbled: the base color is dark with more or less uniform “splashes” over the whole body.

Frost and Marbled coats are often referred to simply as Roan since in many cases the difference between them is quite difficult to determine.

And now we invite you to get to know another beautiful breed: the Paint Horse. 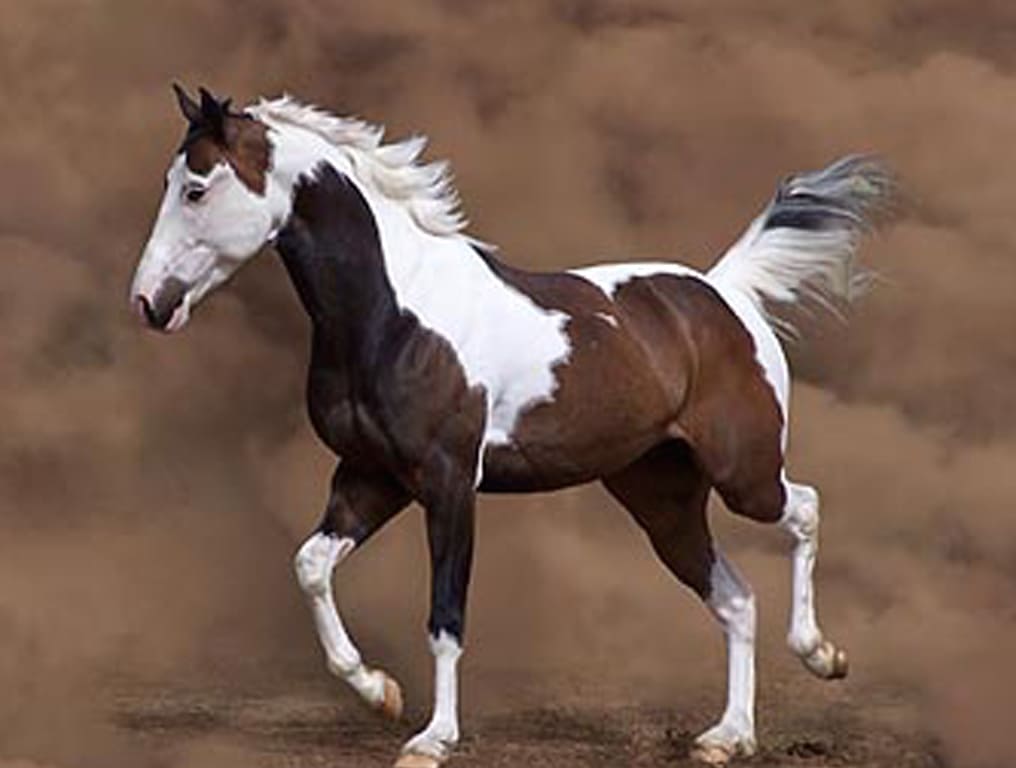 After the Appaloosa Horse …

… after the Appaloosa Horse we continue with the horses and we present our Murano Glass Horses, collection (one of our horses in the picture) the excellence of Made in Italy in the most elegant animal (but we don’t like to call it animal), our jewelry collection dedicated to horses in silver, leather, wood, Vietri ceramics and paper and don’t forget that you can have your horse, or the horse of a loved one, painted in a precious majolica plate, as precious as the horse that will be painted.
All our collections (excluding clothing, for now) have Premium Services reserved for our customers. Thank you. 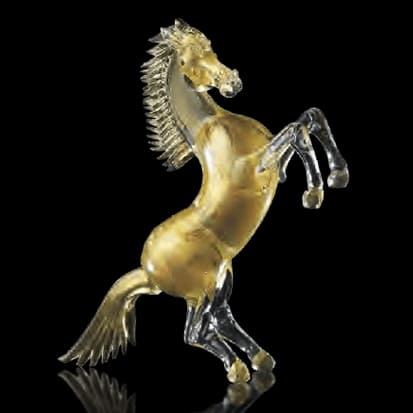 Thank you for the time you spent with us and if you liked the Appaloosa Horse send the link of the page to those who will appreciate it and we will be really happy.

And if you want to write to us: info@clubhorse.shop. We always reply.
Thanks again and see you soo