Przewalski Horse certainly is not a beautiful horse but it is a very interesting breed. Let’s read it together.

In prehistoric times the Przewalski Horse lived in the European and Central Asian Steppes, east of the 40th meridian, that marked the demarcation of its habitat, and that of the Tarpan.

It is the only true wild horse that actually belongs to a species other than that of the domestic horse.

Now the Przewalski Horse lives protected in some zoos and there are plans to reintroduce some groups in the wild. 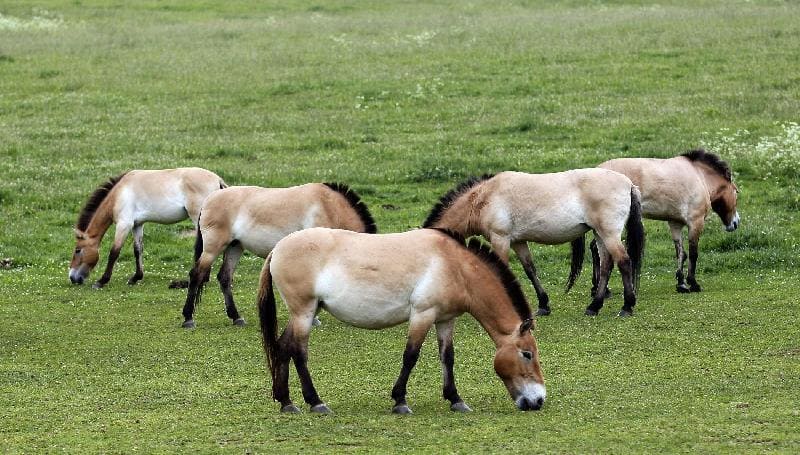 The Russian colonel Nikolaj Przewalskij discovered it in 1881 in the Tachin Schara Nuru mountains during an expedition led by himself to look for certain traces of this animal, of which, until then, there was only little confused news, and he baptized that small herd of horses with his name.

Around 1900 Carl Hagenbeck captured some specimens, then sold to various zoos around the world and in Mongolia the population in the wild underwent, due to various factors, a sharp decline during the twentieth century, until it disappeared completely in the sixties. 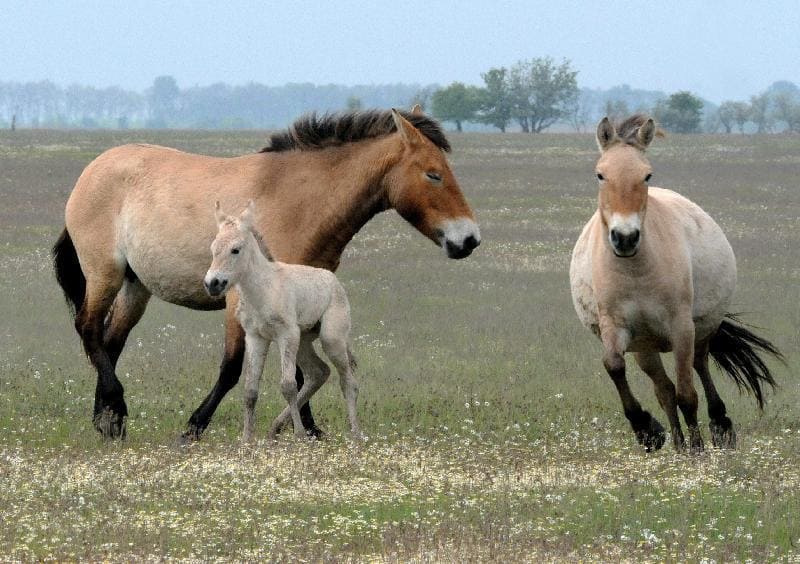 The last herd was sighted in 1967 and the last specimen in the wild in 1969 and subsequent expeditions have no longer found any trace of the animal and one of the main causes of the extinction of the Przewalski Horse in the wild was hunting.

This is because in the Przewalski Horse’s throat, thanks to the chlorophyll present in the grass, a particular, dense and green mucus is formed, which was thought to cure a particularly widespread disease at the time of the extinction of this animal from Mongolia.

A 2018 University of Kansas study of their DNA reveals that these horses, now wild, were also domesticated as early as 5,500 years ago by the Botai people in the north of present-day Kazakhstan.

The Przewalski Horse is a rather small, courageous, energetic, independent, hardly tractable horse and lives up to 30 – 35 years. 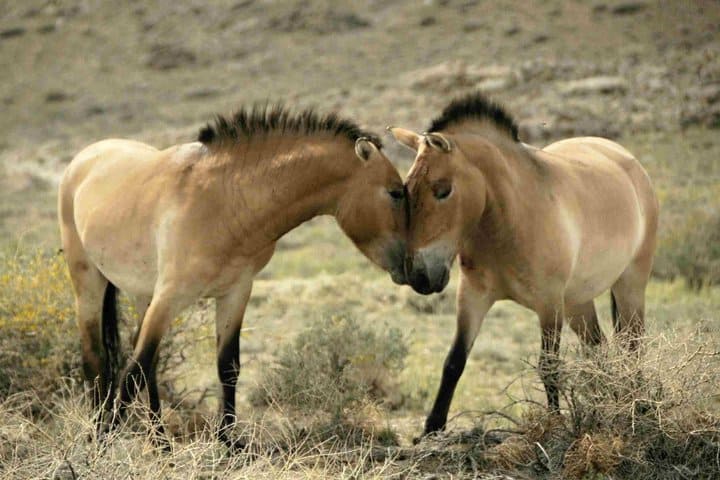 It has a sturdy build, is small in stature with the muzzle almost always floured and is almost white under the belly with a more or less pale yellowish or reddish-yellow coat, with a dorsal band while the mane, the tail, thick and long about 90 cm, and the extremities of the limbs are black.

The Przewalski Horse has a massive head, small ears and a showy mane made up of thick hair, always erect and never drooping, contrary to what happens in domestic horses, and nature has provided it with a sense of smell and hearing so developed that it is able to perceive smells and sounds from a great distance, qualities that recall primitive horses. 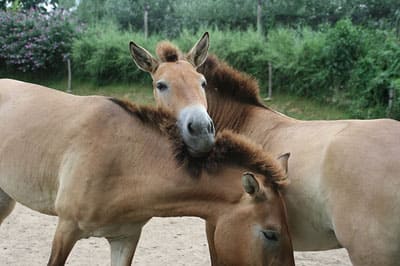 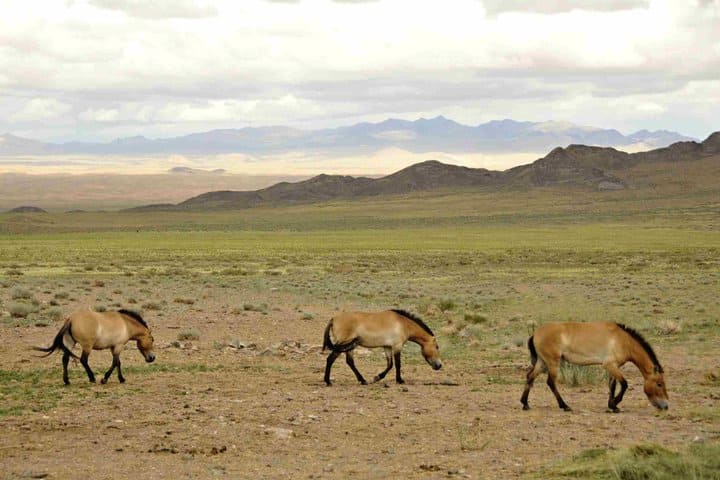 In addition to its characteristic shrill voice, the language of the Przewalski Horse represents a clear and important way of communication as the mouth, the position of the ears and the tail reflect its changes in mood.

The reproductive period begins between April and May and, after a gestation of about a year, the female gives birth to only one foal, which is already able to stand on her legs just one hour after giving birth, and weaning lasts from 8 to 13 months. 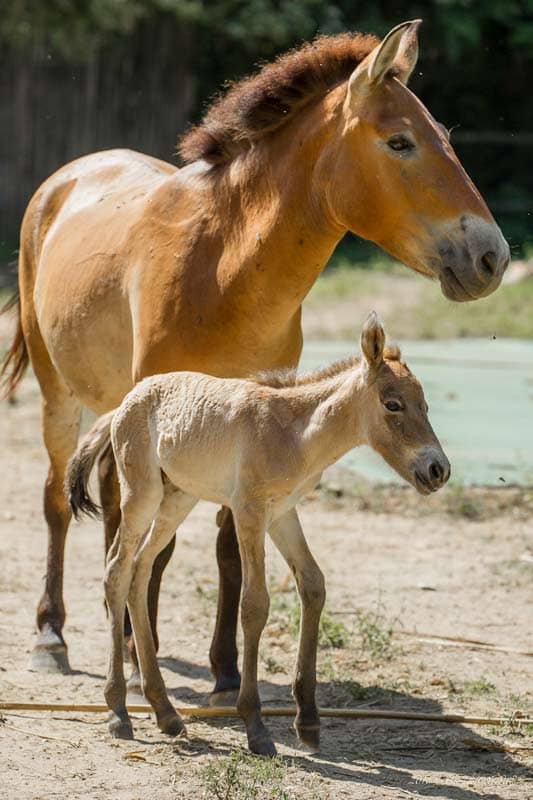 The Przewalski Horse still lives in the lands of origin in the wild, is grumpy and does not tolerate the presence of man.

Over the years it has not been possible to cross with other horses, for example with those escaped from the farms, as the stallions are very aggressive and kill any other specimen that tries to get closer to their territory.

Today there are few specimens of this breed left and the Mongolian government tries to preserve its existence even if by now it seems to be more linked to the approximately two hundred species that are widespread in the main zoos around the world.

…Thank you for having been with us to read about Przewalski Horse and if you have any suggestions, criticisms or anything else do not hesitate to write to us at info@clubhorse.shop. We always respond. 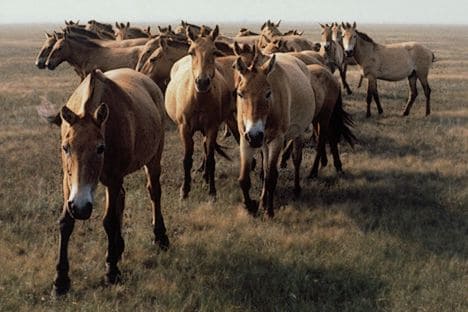 After the Przewalski Horse…

After the Przewalski Horse we invite you to take a look at another wild horse: the Mustang Horse. 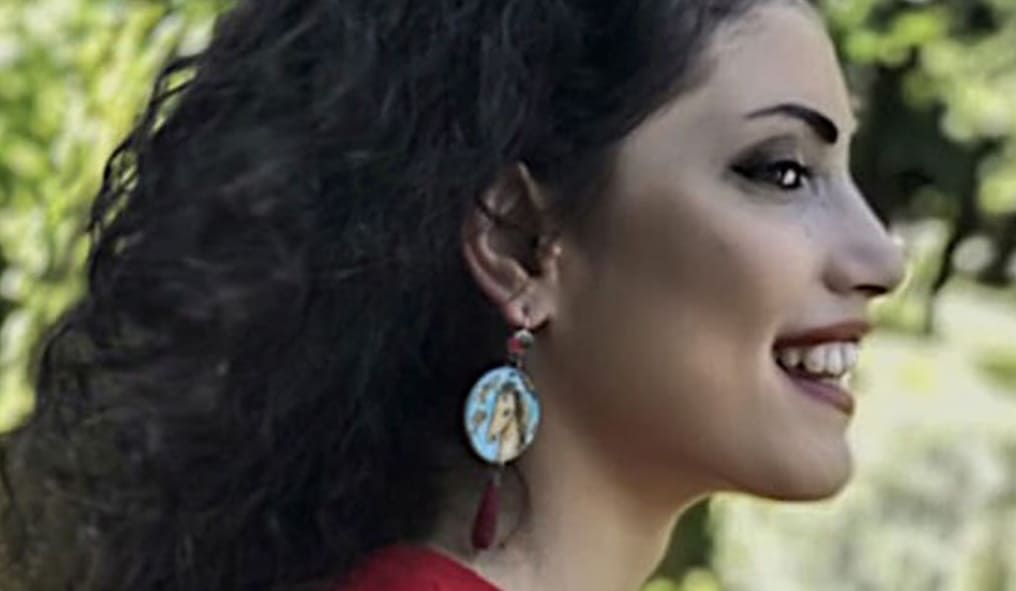 One of our Vietri ceramic earrings dedicated to horses

Thank you and finally…

Thanks again and see you soon.