Sirlad, (From Bold Lad Usa and Soragna from Orvieto) was perhaps more loved than Ribot and Nearco and, probably, very unfortunate. 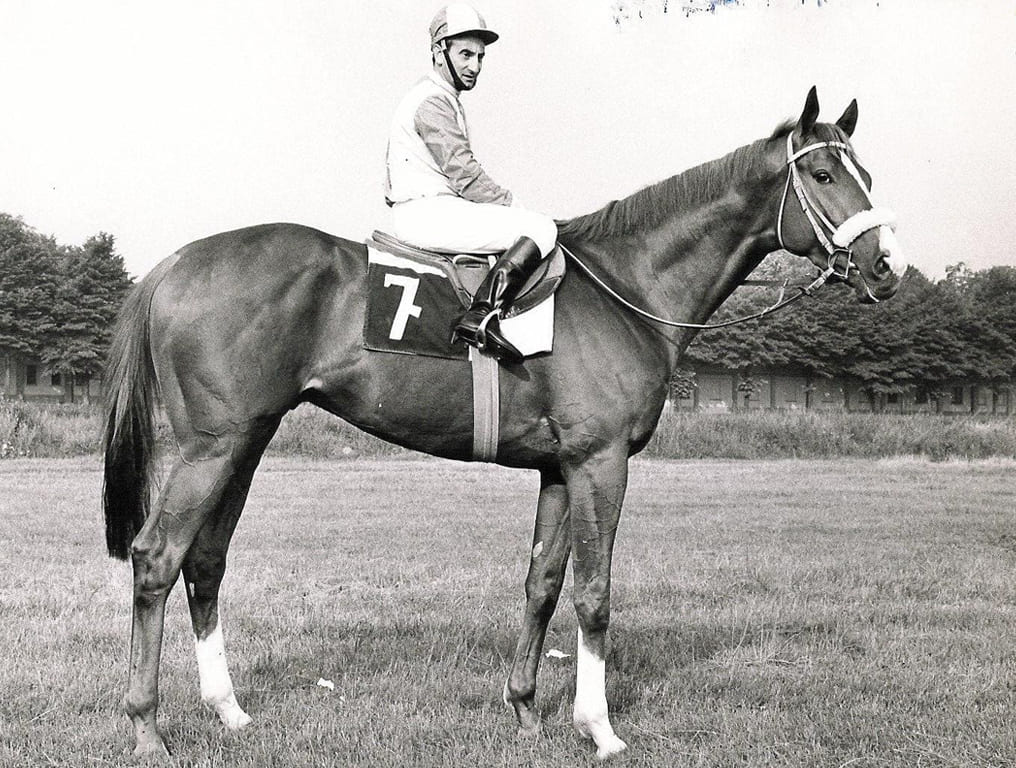 Sirlad, a myth of Italian horse racing, an imposing horse that combined style and power that, in 1976, presented himself on the turf with his trainer Gaetano Benetti with the colors of the La Tesa Breed.

At the Gran Criterium he comes out of the starting cages badly and follows about ten lengths but at 150 meters from the finish his jockey, the great Gianfranco Dettori, calls the great horse who, by putting in force overbearing strides, reaches the horse leading the race, Capo Bon and, with incredible determination, wins by overcoming the opponent right on the finish line. 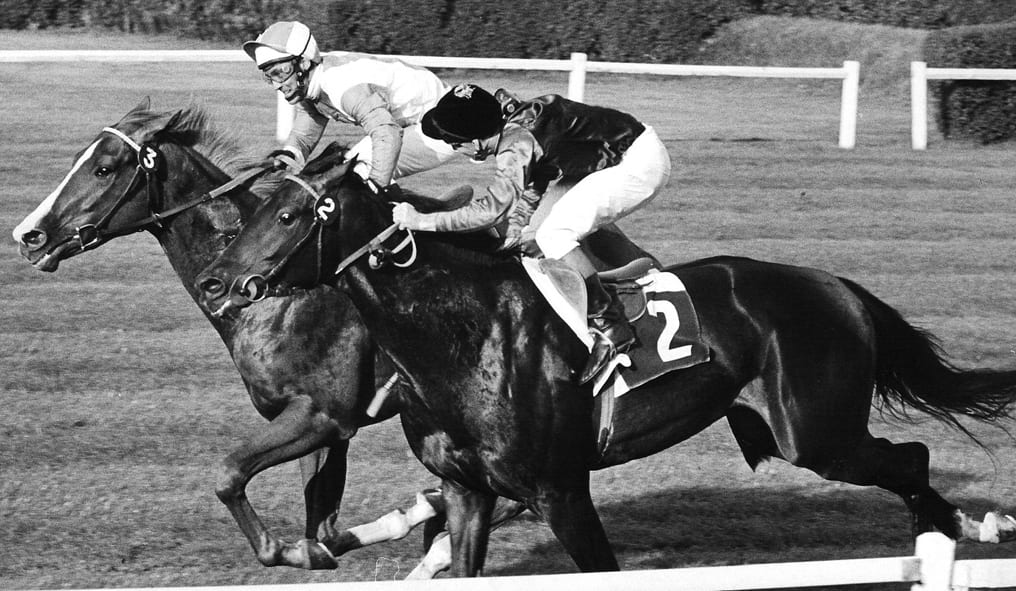 Thus began the myth of Sirlad

A star was born, a star of the Italian gallop, all Italian: born of an Italian mother, raised in Italy, trained by Gaetano Benetti, a great Italian coach.

At the first Derby at the Capannelle racecourse there had been some fear because Sirlad had traveled badly and found himself lost but in the straight ahead he overtakes all the competitors and wins by nine lengths. 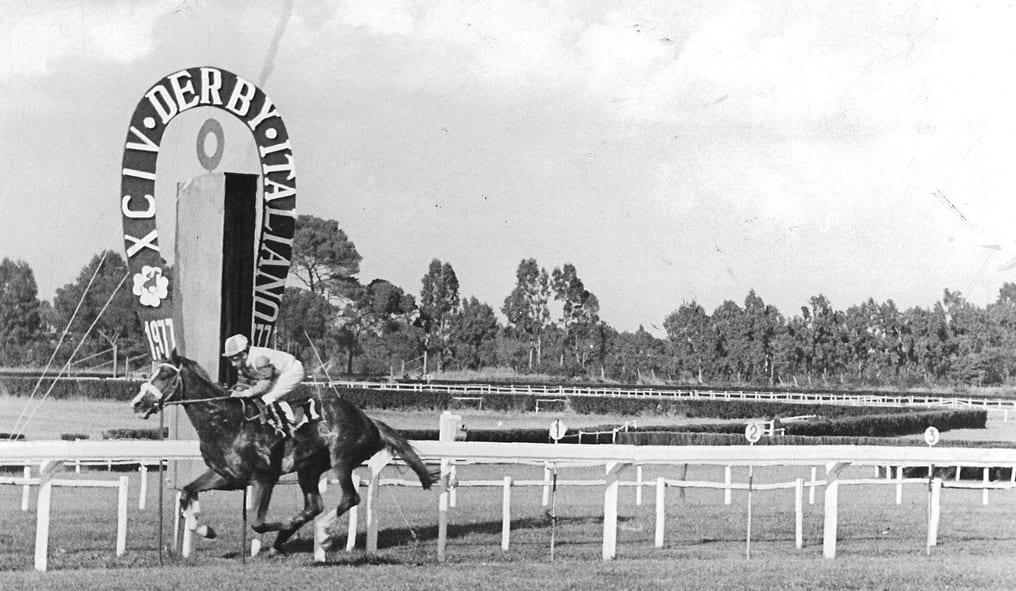 The Derby at the Capannelle racecourse

In 1977 Sirlad deserted the Italian Grand Prix to aim for the Milan Grand Prix in anticipation of major races abroad.

This unforgettable race of Sirlad and the French Infra Green has probably remained one of the most beautiful races in the history of Italian horse racing in a racecourse packed with many fans.

Running Sirlad is soon in command and is followed like a shadow by the French mare who attacks him at the final 600 meters, he at the fence and she outside.

The attack is of unprecedented violence and force, unthinkable for a female.

Sirlad defends himself at every approach of Infra Green and responds vehemently by accelerating again.

On the finish line Sirlad pole, it keeps three quarters of length on the female while the third, Rue de la Paix, is ten lengths distant.

The joy and amazement of all the public for Sirlad’s victory add up to the time obtained (2’26 “1/5 out of 2400 on the big track in Milan) which caused Tierceron’s previous time to collapse.

…after this victory it was decided to go Ascot. 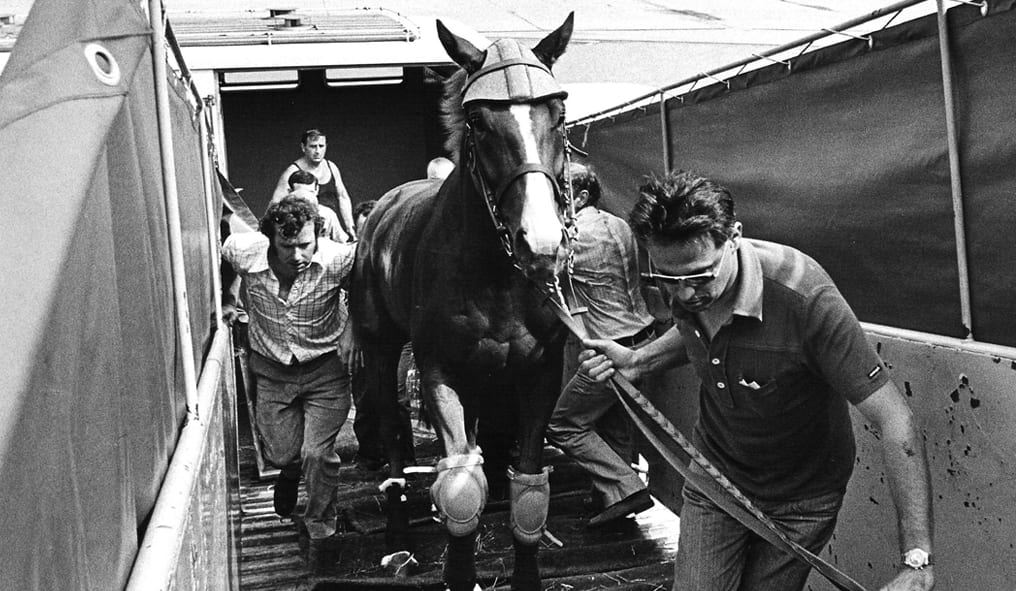 We live this great moment with Luigi Gianoli’s words: “The Milanese victory, the record, the undefeated halo placed Sirlad among the favorites of the English race. Very difficult embarkation, tiring disembarkation, first flattering training sessions in England, but as soon as the race is imminent the horse will injured. There is talk of pain for a schinella under the right knee, then a radiographic finding even reports a crack in the right shin.

The return home without running was inevitable and only the patience and wisdom of his coach Gaetano Benetti was able to put Sirlad ready for the career of the four years but, unfortunately, as the years progressed, the descendants of Bold Lad have always shown a rapid decline and so it was also for Sirlad who began to show signs of corneggio, an abnormal respiratory noise of the horses, due to paralysis of the lower laryngeal nerve. 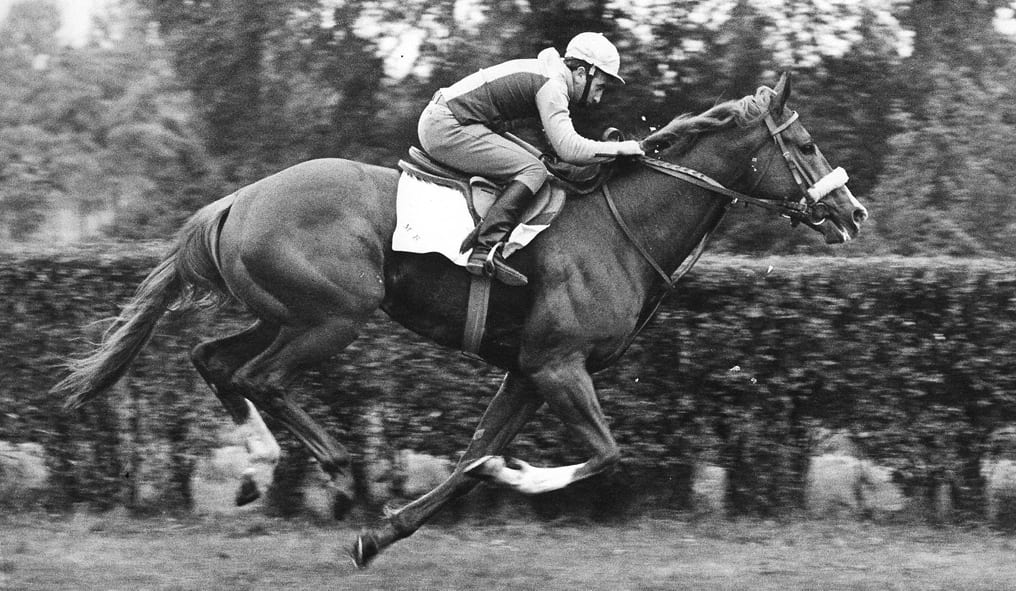 On a Wednesday in 1978 Sirlad took to the track at the Milan hippodrome packed with fans like a Sunday at the Grand Prix and won. 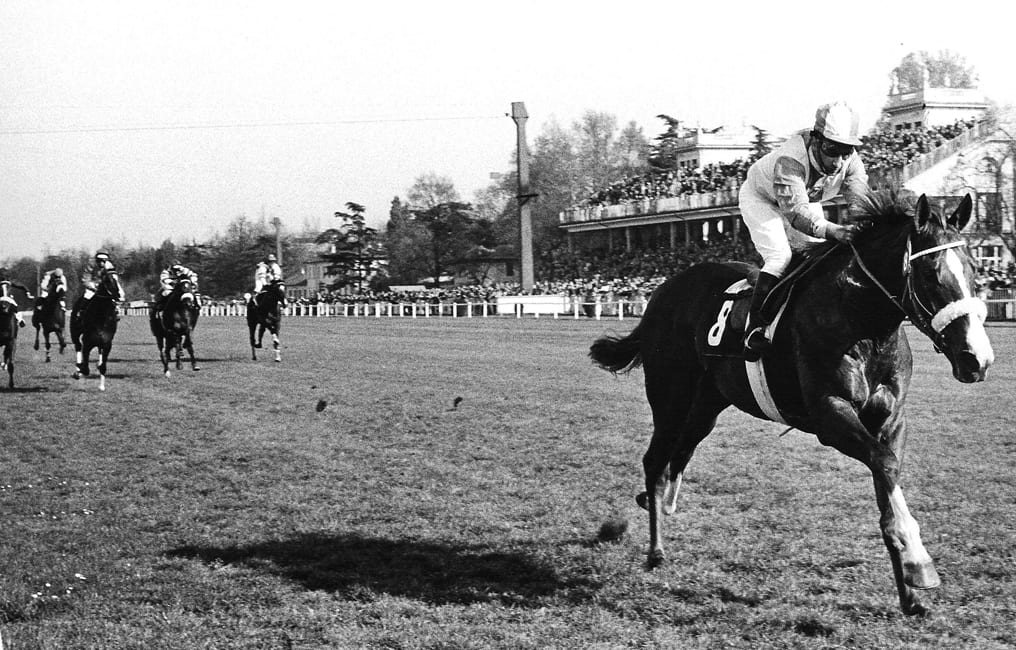 Victory at the Milan hippodrome

April 30, 1978 Sirlad takes the field in the Prix de Ganay, under the eyes of many Italians who had come to see the big horse.

An extract from Luigi Gianoli’s words tells the race: “The chestnut runs well following Trillion, who has taken the initiative and attempts the attack at the end of the descent where however Trillion detaches himself with authority.

Having lost a little, Sirlad is joined by Balmerino and Monseigneur, with whom he wages a courageous battle to finish third with Balmerino, while Monseigneur comes clearly second ”.

If Sirlad had raced for second place he would have surely obtained it but the test of a horse that is suffering from corneggio is still excellent. 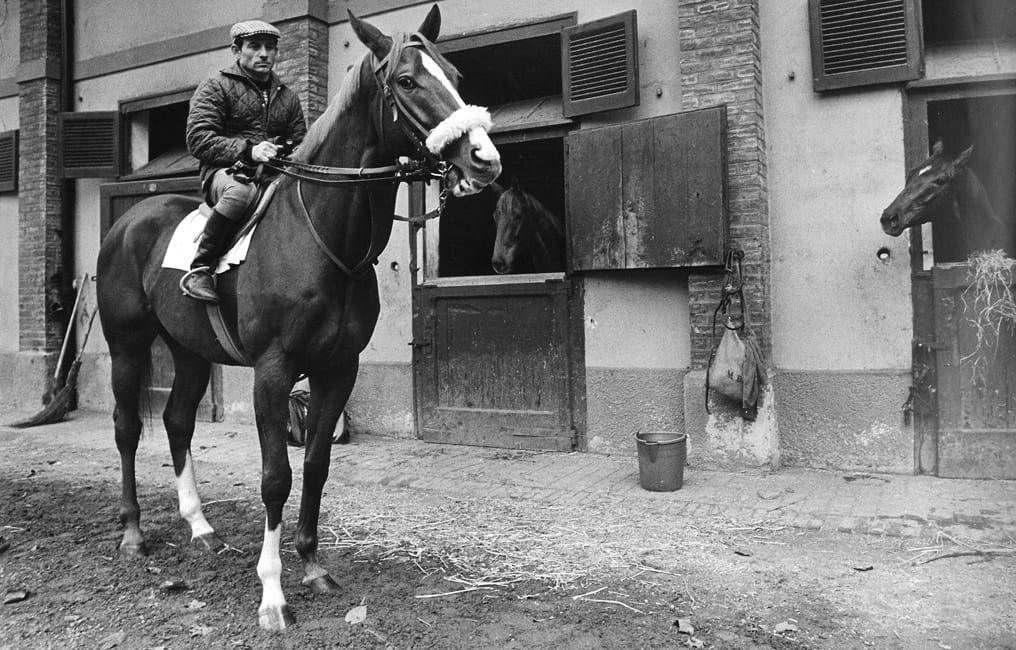 The 1978 Milan Grand Prix was the most beautiful and important race of those years, a race of great selection on 3000 meters and which, even if reduced to 2400 meters, remains of great charm.

Unfortunately Sirlad, despite the favors of the prediction based on the beautiful and courageous French performance, does not win.

The four lengths suffered by Trillion, the troubles in the forelimbs, the size and unfortunately a principle of harrying, they could make think of defeat.

But perhaps the defeat…

Perhaps, however, the defeat is due to the management of the race because Sirlad is brought to the head 700 meters from the finish line and his action in the final begins to weigh down.

Heavy breath, shortened action and then the German routinier Stuyivesant, who had been overcome by momentum, approaches him and easily passes at the command.

Behind approaches Stone and in third place Rolle arrives in front of Sirlad unable to react.

During a pause for reflection news arrives about the desire to purchase Sirlad from American owners for 700 million lire. 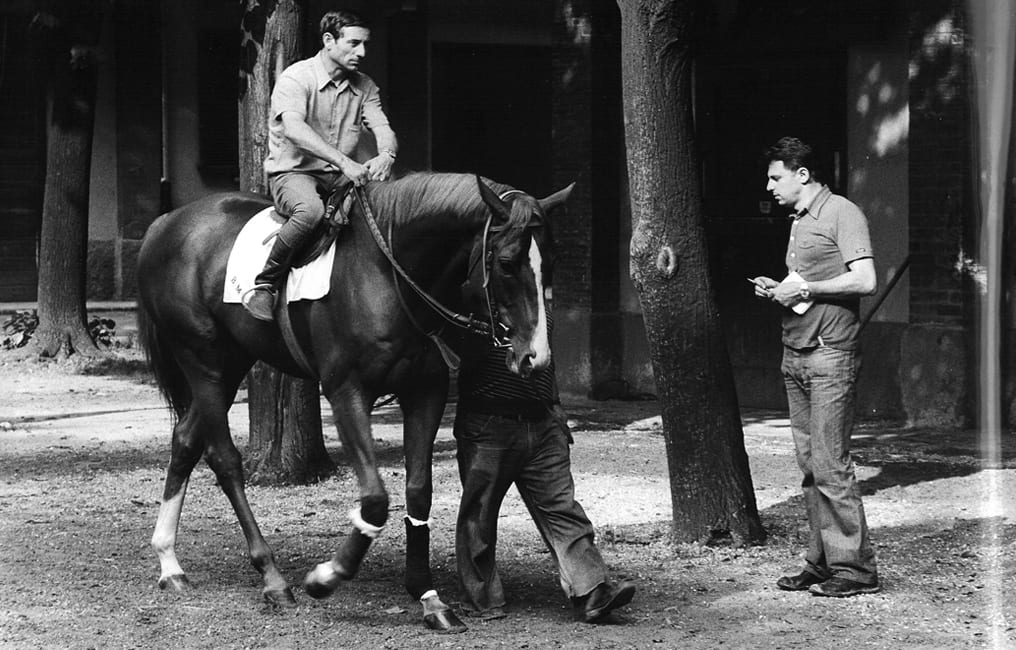 Sirlad and Gaetano Benetti, the coach

One morning in 1978 two Americans arrived in the courtyard of the Gaetano Benetti stable.

A few concepts and a few words: stature, muscles, dollars and then a veterinarian visits Sirlad who is considered a horse of international stature but to be operated on the larynx.

The purchase on behalf of Mr. Abram S. Hewett is done.

Judged as handsome and handsome, intended as healthy and full of health, the Americans decided to put him back into training for the following year.

In 1979 Sirlad, after the larynx operation in Kentucky with a system that was then innovative (no tracheotomy) to try to overcome the difficulties of the horning, Sirlad regains an exceptional shape and wins a “Graded” in Hollywood Park: the Hollywood Gold Cup .

The following year, 1980, Sirlad entered the breed but unfortunately left no trace as he died prematurely at Lexington’s Spendrift Farm for a mysterious infection.

In Italy, “stable men” asked continuously for news of Sirlad, a champion to whom all Italian horse racing loved, perhaps more than Nearco and Ribot, the victories of which had been so striking as to arouse a kind of ” anger”.

Sirlad, on the other hand, had the secret charm of the great horse, an unfortunate champion, a princely thoroughbred with an exhilarating stride with a graceful head from a white list.

Gaetano Benetti, his great coach, standing in the photo below, said that you will never see a champion with a stupid look.

Sirlad in fact had a lively, attentive and profound gaze and loved to “pinch” (nibble) and was always looking for something in the pockets of those close by … carrots or candies?

Carrots, he was very fond of it.

We won’t forget you and after Sirlad…

… after Sirlad we invite you to read about the great Ribot. Enjoy the reading. 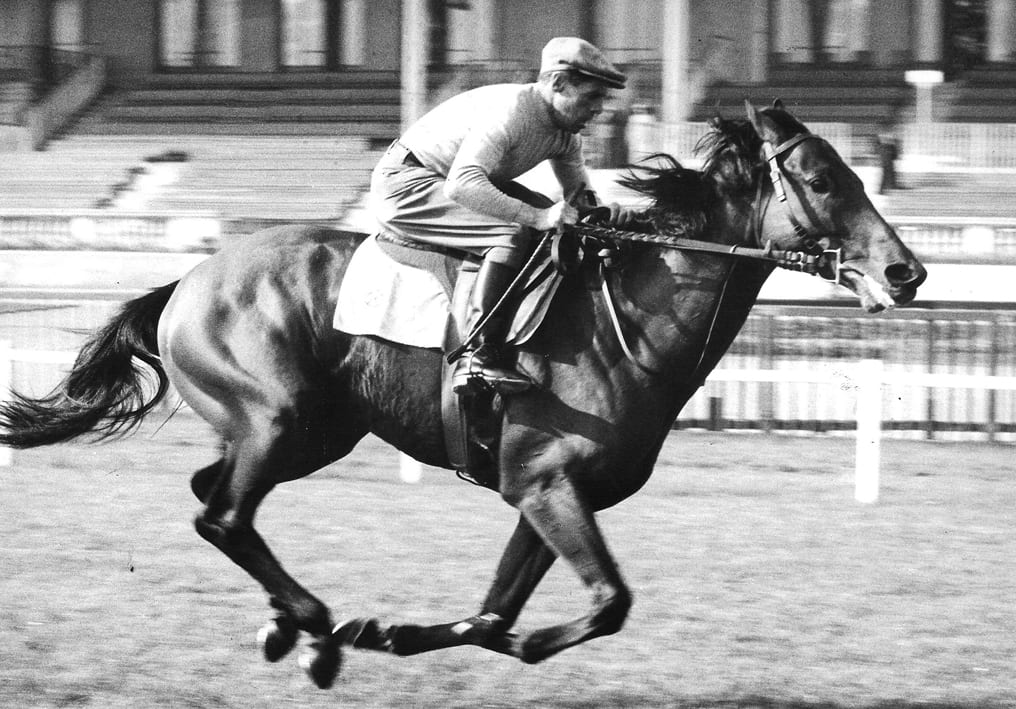 Ribot and Camici, his jockey.